Harnessing the power of solar energy in Afghanistan The legacy from a major investment into solar energy in Afghanistan by the New Zealand Government is set to endure as staff from a local power company in Bamyan Province learn how to better run the system as a profitable business.

The New Zealand Aid Programme of the New Zealand Ministry of Foreign Affairs and Trade (MFAT) funded a multi-million project to build a one-megawatt solar power generation facility in Bamyan in 2012. Thousands of solar panels now punctuate the dry landscape, across four sites, as a result of the Bamyan Renewable Energy Programme (BREP).

The state-owned power company at the centre of the programme, Da Afghanistan Breshna Sherkat (DABS),  began operating the solar energy system in 2014. The power generation facility and associated distribution lines were built by New Zealand companies Sustainable Energy Services International and NETcon, and commissioned in 2013.

In early 2015, a consortium comprising Infratec Renewables Ltd (IRL), a subsidiary of NETcon, and Prime Consulting International Ltd began a two-year programme to ensure the longevity of the original investment. The programme, again with support from MFAT’s New Zealand Aid Programme, involves mentoring and training local DABS staff to ensure the power company is able to maintain and operate the solar power facility safely and sustainably into the future. Prime is providing local logistics support and management consulting whilst IRL is focusing on technical capacity building.

Alpha Kennedy, of Prime, says the capacity building programme is “essentially a follow-on project to ensure longevity of the original investment by making sure that DABS has sufficient internal capability or capacity to run the system and manage the network”.

The programme runs until 2017 but has already addressed maintenance issues and improved DABS’ overall organisational performance, as well as developed staff members’ electrical and technical skills, many of whom came from a local technical institute as graduates. The system is now supplying power, profitably, to about 25,000 people in Bamyan.*

A recent survey of customers connected to the grid found more than 60 per cent felt their living conditions had improved since joining, particularly in relation to their health, education and general wellbeing. Survey respondents cited benefits including better refrigeration, improved conditions for the aging and disabled and an improved sense of security from lighting, as well as being able to stay up later to work, study or watch television. “It’s pretty clear that being connected to the grid has a massive impact on people’s lifestyle satisfaction. For businesses, it means they can have longer opening hours which can be directly linked to income,” Alpha says. 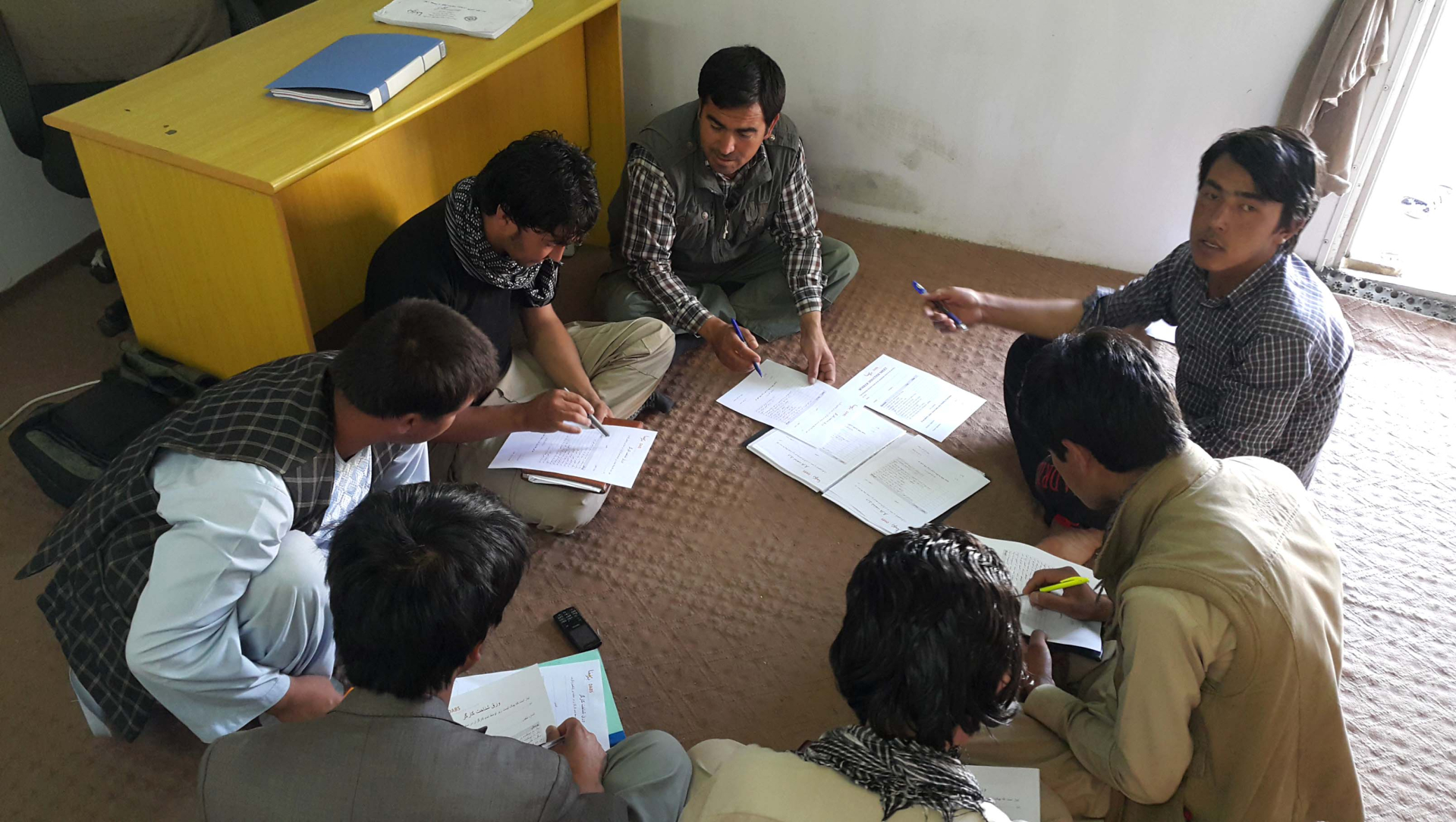 "It [has] helped me to study until late night during my studies. Sometimes the exam was very tough and I had to study [until] late [in the] night. Now also we watch TV and become aware of opportunities and the news."

"As you see I am busy with this bakery business. We get up very early morning and we work until late [in the] night. If we don’t have electricity, we really face problems and feel bad because it is not comfortable to work in dark."

"It is really good to have electricity at home, it bring lots of comfort to the households. Like at the moment we have electricity all the time and my home is not dark. I can pray, I can watch TV, listen to news or any other TV program. My children can study until late night. And those people having washing machine or any other devices can use it."

"Before this project I was not able to use any electric items at my home, we had small battery and solar which was only enough for one room lighting, now it very better than before. Now I can use anything I want."

The capacity building project will run to March 2017 and employs two full-time Afghan staff (an engineer and a business manager) to deliver training on a day to day basis. Alpha and Keith Scoles, a project manager for IRL, provide support. “We’re really empowering our local staff to deliver this; they are the ones who are essentially mentoring DABS,” Alpha says. “We are helping these guys run their business. It’s taking it right back to basics.” The programme also employs two Afghan locals on a part-time basis.

Capacity building activities have so far included helping DABS to develop business and asset management plans, introducing accounting and customer satisfaction procedure and educating management staff on the concepts of profit and loss. “DABS has been run like a social service for a number of years and there’s a lot of room for improvement on some of the business habits,” Alpha says. “They do know how to run the business and they are running it well but there are a lot of things that could be done better.”

On the technical side, training covers “everything that [DABS] needs to know to run and fix the network”, Alpha says. So far this has included an introduction to electricity, replacing solar panels, monitoring fuel use, fault finding and safety considerations. “The first year was really about giving [DABS staff] some hard skills. This year is about going out with them and reinforcing good habits," Alpha says. Keith says there was a noticeable shift in knowledge in the first year “and we are continually refreshing and auditing this knowledge and activities undertaken on the sites”. A valuable feature of the solar energy system is that it can be extended, with the addition of new distribution lines and other energy sources. “The original investment should be long-lasting because of that; it gets multiplied because others can plug into the system,” Alpha says. The aim is to make sure it lasts. “We’d certainly hope that by the time this programme finishes that DABs would be able to run it without our support.”

*Based on an average of seven individuals per household. As at December 2015, DABS had 3713 customers (3302 residential and 412 commercial), across its four centres - Bamyan New City, Mulagullam, Haiderabad and Folaadi Valley. The original estimated capacity of the system was 2500 homes.