Prime is contributing to the design and preparation of urban development projects for the Republic of Uzbekistan as the former Soviet republic pushes for increased urbanisation of its less-populated cities.

Right: Aerial views of the architecture of the Khiva madrassa and Islam Khoja Minaret in the Republic of Uzbekistan. Khiva is one of the most visited cities in Uzbekistan.

Funded by the Asian Development Bank (ADB), the Uzbekistan Integrated Urban Development Project (IUDP) follows a request from the Government of Uzbekistan for international support for the urban development of three pilot cities, Khiva, Djizzak, and Yangiyer, with a view to replicating successful interventions and lessons learned nationwide.

Michael Yap, the Practice Director of Nimmo-Bell & Associates, a division of the Prime Group of companies, is a member of the transaction technical assistance team contracted by the ADB to prepare technical feasibility studies and conduct due diligence for a ‘long list’ of potential urban investment subprojects under the project.

Mr Yap, a financial management specialist, says it is exciting to be completing financial due diligence for the project as it has the potential to impact the Uzbek community in many ways – from economic development, income generation and job creation to better public health and environmental outcomes.

Uzbekistan is a resource-rich former Soviet republic now home to 33.7 million people (www.stat.uz), making it the most populous in Central Asia. Since declaring independence from the Soviet Union in 1991, it has emerged as one of the fastest growing economies in the region. Almost half of the country’s total urban population of 17 million live in the capital city of Tashkent and in the cities of the Fergana, Namangan and Andijan provinces, putting unsustainable pressure on infrastructure.

According to the ADB, many of the nation’s Soviet-era centralized wastewater systems are dilapidated “and as a result, vast quantities of untreated wastewater are discharged into rivers, surface impoundments and groundwater resources”. Housing areas are often characterised by poor utility infrastructure, inadequate street lighting, poor road surfaces and the lack of effective drainage. 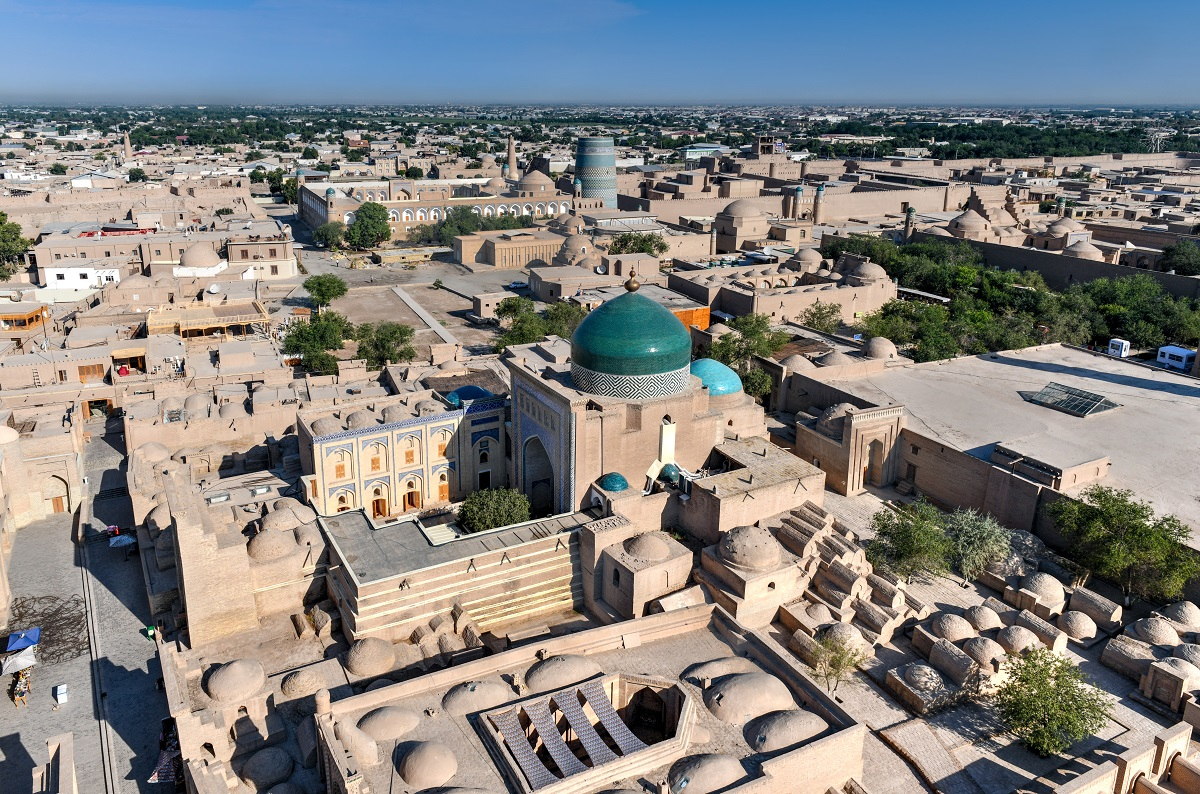 Above: The walled inner town of Khiva retains over 50 historic monuments and 250 old houses dating primarily from the eighteenth or nineteenth centuries and is a UNESCO World Heritage Site.

Despite multiple socio-economic and environmental challenges, the Government of the Republic of Uzbekistan believes there are valuable opportunities to address development challenges though integrated planning and investment. It wants to increase the current level of urbanisation to 60 per cent by 2030 (currently 50.5 per cent) by encouraging the development of other cities.

To prepare for the IUDP, ADB partnered with the Cities Development Initiative of Asia (CDIA), a multi-donor trust fund, which is managed by the ADB, to support pre-feasibility studies in the three cities. As the assignment progresses, urban master plans will be prepared for the three pilot cities, as well as detailed engineering designs and procurement documents.

Selected urban development initiatives will then be implemented using ADB financing of up to US$100 million, along with an additional US$100 million in possible co-financing. Depending on the city, and the results of the due diligence work, interventions could include improved waste management, stormwater systems and water supplies. They could also involve greening selected neighbourhoods, improving signage for tourism and developing recreational amenity around natural waterways.