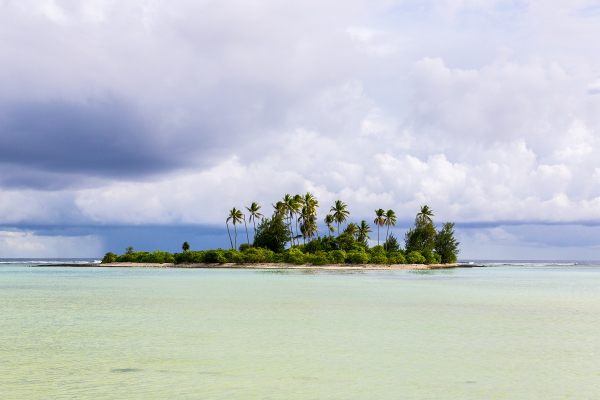 Nimmo-Bell & Associates, a Division of the Prime Group of companies, has been contracted by New Zealand’s Ministry of Foreign Affairs and Trade (MFAT) to help the Government of Kiribati prepare a four-year national development plan.

Nimmo-Bell is pleased to have Fiji-based Savenaca Narube on board as the Lead Adviser for this assignment, which will help the Pacific Island nation address serious challenges caused by its remote location, small land area and high population growth.

With Mr. Narube’s guidance, the preparation of the new Kiribati Development Plan (KDP; 2020-2023) is being driven by the Director of the National Economic Planning Office (NEPO) and their team of 12 professional staff at Kiribati's Ministry of Finance and Economic Development.

Mr. Narube brings valuable experience to this assignment from his previous work at the IMF, the World Bank and as a former Governor of the Reserve Bank of Fiji and Permanent Secretary for Finance in the Fijian Government.

He says the issues that Kiribati faces are immense. For example, its rate of economic growth is too low to support a growing population leading to high unemployment.

Overcrowding in the capital of South Tarawa, partially due to the migration of people from the outer islands looking for work, is imposing enormous pressure on basic water, sanitation and waste management infrastructure.

In addition, the entire nation is facing the threat of being swamped by climate change-related sea level rise.

Mr. Narube says the new KDP must address the root causes of these challenges. It must confront those that the people of Kiribati can control “head on” and develop smart strategies for those that are beyond the small island nation’s immediate influence. Above: A village on an atoll in South Tarawa, Kiribati. Photo: Dmitry Malov.

“This is the third KDP for the country and valuable lessons have been learnt from the effectiveness of the past two plans,” Mr. Narube says.

“The intention is to strengthen the ownership of the 2020-2023 plan and facilitate its implementation through simple, practical and achievable targets.”

“The overall objective is to generate greater commitment to the implementation of the plan through meaningful consultations across the Kiribati public sector, development partners, outer islands and NGOs to help achieve the national aspirations of a better life for all the people of Kiribati and future generations.”

Kiribati is a republic comprising 32 coral atolls and one raised coral island stretched east to west along the equator in the central Pacific. It is home to around 116,300 people and also has the South Pacific's largest marine reserve.

Kiribati is low lying and as a result extremely vulnerable to the effects of climate change. Its major export is fish, supported by copra and seaweed. The island nation also earns foreign exchange through remittances from workers who visit New Zealand each year on short-term labour contracts and from seafarers.

Phosphate deposits on Banaba Island were the primary source of income until supplies were completely exhausted in 1979.