Celebrating a long-time supporter of agricultural efforts in Afghanistan 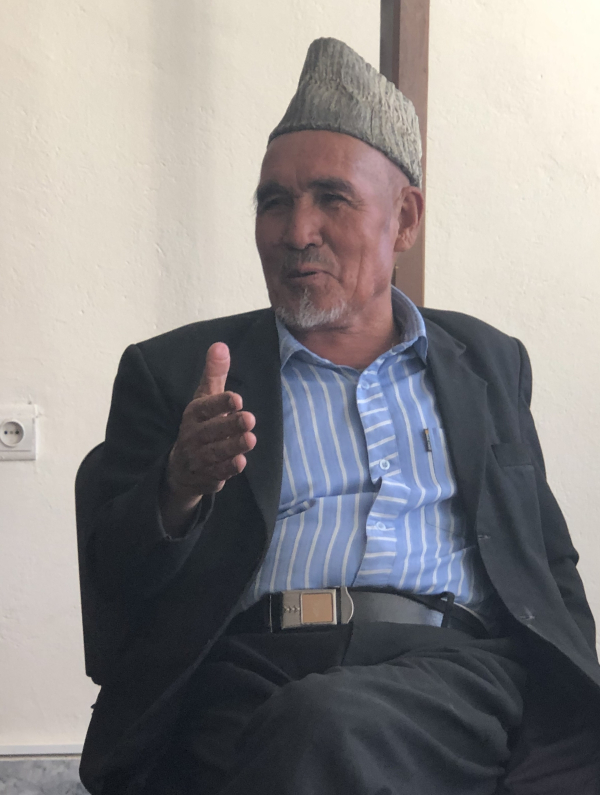 Haji Qurban Ali Haqjo, a long-time supporter of Prime’s efforts in Afghanistan, is retiring from his post as Director of Cooperatives at the Directorate of Agriculture, Irrigation and Livestock in Bamyan. We reflect on Haji Haqjo's career before he hangs up his hat later this year.

It's fair to say Haji Qurban Ali Haqjo’s career took a number of interesting twists and turns before he joined the agriculture sector.

After graduating from his studies in 1973, Haji Haqjo worked as a schoolteacher across several different provinces. He was later recruited by the Government to serve as a soldier in Khost Province, fighting against the Soviet Union.

When he returned to his birthplace in the Foladi region, after fighting for the Government for a year, “the situation was bad”, he says. “The mujahideen was about to take the province from Soviets, so I joined.”

Haji Haqjo fought with the mujahideen for more than 20 years before joining the committee of the Hezbe Wahdat political party. After the defeat of the Soviet Union, he joined the fight against the Taliban.

It was only then, after Hamid Karzai was selected as the President of Afghanistan’s ‘transitional’ government in 2001, that Haji Haqjo started working in his role as the Director of Cooperatives at the Directorate of Agriculture, Irrigation and Livestock (DAIL)  in Bamyan.

Prime Director of Operations Angus Davidson says Haji Haqjo played a crucial role in the success of the Agricultural Support Programme (ASP), which Prime ran in Bamyan from 2011 to 2017.

Haji Haqjo told Prime, through a translator, the biggest impact the ASP had in the Bamyan region was the mechanisation of agriculture.

“Farmers have changed their methods from traditional to mechanised. Cooperatives are using tractors [the ASP] distributed not just for ploughing but also for other works like making animal forage. People don’t have to keep their plowing cows, which [were costing] them around 80,000 AFN per year.”

He says there have also been positive changes in relation to alfalfa seed crops, which were introduced to the drylands.

“There are many good results. People are happy about it. The farmers are [growing] the seeds [the ASP] brought themselves now.”

Haji Haqjo says the ASP projects left DAIL staff, and others involved, with “tonnes of experience”.

The programme set an example, inspired people and taught them how to do things themselves, he says.

“I am more than 60 years old and [no other externally funded programmes] has worked for farmers and cooperatives like this before.

“We saw the transparency of [Prime’s] work despite some people who made problems, this [was] a good experience for me.”

Mr Davidson says if it wasn not for Haji Haqjo’s “leadership, guidance and tenacity”, the ASP would not have been as successful as it was.

This interview was conducted by Gus Davidson and Alpha Kennedy in Bamyan, Afghanistan in June 2019. Many thanks to our KCS team for helping with English translations during and after the interview.