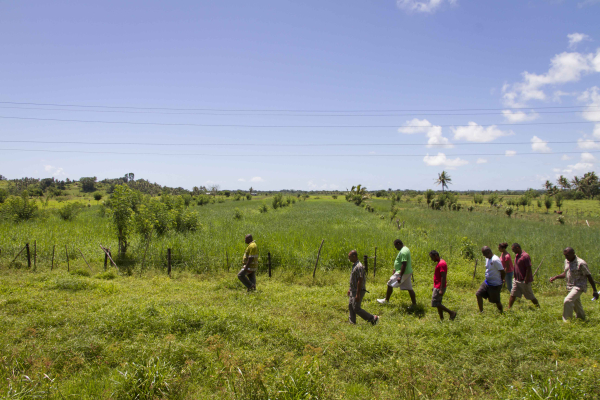 Over the past couple of years, Prime Consulting International Ltd has expanded its international aid and development work into several new countries – Zambia, Ethiopia, Fiji and eight Caribbean nations, whilst continuing to provide assistance on the ground in Afghanistan and in our more traditional markets of Australasia and East Asia.

Below is a summary of where we are at with current international development projects.

Developing the small ruminant sector in the Caribbean

The two-year project began in mid-2015 and is being implemented across several CARICOM countries in association with the Caribbean Agricultural Research and Development Institute (CARDI). It is funded by the New Zealand Aid Programme.

The project is utilising Moodle, a global open-source e-learning platform, to increase farm productivity through training in marketing, management and animal husbandry.

The e-learning platform allows the team to share PowerPoint presentations, digital video training sessions and other training content with farmers, farm extension advisors and Caribbean agricultural students, extending the programme reach to youth as well as active farmers and advisors.

Practical training in animal husbandry, artificial insemination and in multiple ovulation and embryo transfer techniques for vets was carried out in March, April and June 2016 in Jamaica and from July through to November in Grenada, St Lucia, Antigua, Barbados, Tobago and Guyana. Video content from the training sessions was uploaded to the web platform.

This content is now being accessed by people using mobile phone and computer-based technology across these countries and major promotion across the CARICOM region is being planned by CARDI.

The project’s technical team leader, Dr Chris Asby, says the e-learning platform will be further developed in 2017, in partnership with the Jamaican National Training Agency, and will become part of the regional curriculum for small ruminants.

“The focus for 2017 is to gain full accreditation for training, so that youth in colleges and schools, practicing small ruminant advisors and farmers can not only gain access to the resources but also benefit from a professional practical qualification,” says Dr Asby.

“Farmers have already reported that they have bred new and improved stock.”

In addition, a team of people from the Department of Computing at the University of the West Indies (UWI) have developed a mobile app to give small ruminant farmers easier access to market information as well as Moodle content.

More than 90 people have installed the app in its test form.

Prime has been supporting agriculture development in Bamyan Province, Afghanistan through the Agricultural Support Programme (ASP) since 2011.

The ASP’s sixth and final year will include working to sustain significant improvements in wheat yields achieved in 2016, through improvements to seed selection and changes to crop husbandry.

Phase one of the ASP was funded by aid funds from New Zealand and the United Kingdom and phase two is being supported by New Zealand.

Another focus of 2017 is expanding the highly-successful women’s beekeeping programme to Panjab district.

This is being made possible through new funding from the Linda Norgrove Foundation.

The beekeeping project provides opportunities for women to establish sustainable micro-enterprises within an appropriate cultural context.

Mr Kennedy says the capacity built through the ASP will be transferred to the Department of Agriculture, Irrigation and Livestock at the end of 2017 to ensure the sustainability of improvements made across the region in the last six years.

Prime is training and mentoring staff at a state-owned power company in Bamyan Province, Afghanistan to ensure it has sufficient internal capability and capacity to maintain and operate a 1.0 megawatt solar power generation facility.

The multi-million dollar facility was built with funding from the New Zealand Aid Programme in 2012 and local company Da Afghanistan Breshna Sherkat (DABS) began operating it in 2014.

The programme has now been extended by a year to allow for the continued provision of technical support and advice to DABS.

Alpha Kennedy, Prime’s Afghanistan Operations Manager, says 2017 will be a challenging year for DABS as it incorporates additional energy resources into the solar network to support continued economic growth in the province.

“The provision of technical support and advice under the programme is critical to ensure the safe and effective integration of the new systems,” Mr Kennedy says.

The five-year Ethiopia Dairy Development Activity (EDDA) is a bilateral project between the Governments of Ethiopia and New Zealand. It aims to develop a commercially-sustainable Ethiopian dairy sector that is inclusive of smallholder dairy farmers that typically milk up to five animals per household.

Prime is currently investigating several different intervention options for the EDDA, under contract to the New Zealand Ministry of Foreign Affairs and Trade.

The work is being carried out in partnership with local subsidiaries of NIRAS, a Sweden-based international development company, and SNV Netherlands Development Organisation.

The design team has carried out comprehensive market research and is working collaboratively the with Ministry of Livestock and Fisheries and other potential collaborative partners, including the Bill & Melinda Gates Foundation and the International Finance Corporation (a division of the World Bank).

An initial scoping phase is scheduled for completion in the first half of 2017 and this will be followed by the implementation of priority interventions.

Commercialisation of the Zambian dairy sector

The Zambia Dairy Transformation Programme (ZDTP) got underway in November 2016 and is focused on supporting dairy farmers to improve their productivity, milk quality and linkages to urban markets.

The overall aim is to drive further commercialisation of the smallholder-based Zambian dairy sector.

Change will be driven principally by the market, through strengthened links between farmer cooperative groups and the country’s main dairy processors.

The programme will also use carefully-selected farmer cooperative groups to build ‘success models’ in order to show other farmers how improved dairy systems can deliver targeted outcomes.

The focus of 2017 is to mobilise the programme and secure some early results through the deployment of subject matter experts.

Technical assistance will be provided through a team of highly-qualified and experienced international advisors working alongside Zambian counterparts.

The ZDTP is being implemented by Prime in partnership with NIRAS International Development from Sweden and is funded by the New Zealand Aid Programme.

Phase two, which got underway in 2015, has expanded to include several more provinces and the development of national strategies for the poultry and grape sectors, including policy recommendations and investment facilitation plans.

A dairy sector strategy is now also in development, which will include recommendations on policy, investment and a 10-year value chain development programme.

Capacity building of CARD-F staff and the institution itself are key components of the international technical assistance being provided by Atos and Prime.

CARD-F is based in Kabul, at the Afghanistan Ministry of Agriculture, Irrigation and Livestock.

The Fiji Dairy Industry Development Initiative (FDIDI) got underway in 2015 and aims to improve farming practices in Fiji and secure a sustainable domestic milk supply into the future.

A comprehensive introduction of the FDIDI is available at fijidairyinitiative.com.