Private sector development is increasingly becoming the focus of foreign aid projects. But trendy doesn’t mean easy. Projects aiming to develop the private sector must leverage off beneficiaries’ existing financial literacy – and according to a survey published by Standard & Poor's, levels of financial literacy vary widely across developed, developing and less-developed countries.

Financial literacy is the ability to understand how money works – from earning and managing it to investing and donating it. Standard & Poor's surveyed more than 150,000 adults in 140 countries and found country-level financial literacy rates ranged from 71 percent to 13 percent. It examined people’s knowledge of four basic financial concepts – risk diversification, inflation, numeracy and compound interest. Populations in developed countries generally scored higher.

One of Prime’s recent projects involved the construction of a potato packhouse for grading and storing potatoes in Bamyan Province, Afghanistan. Grading and storing was a new concept for farmers and the financial argument for doing so was difficult to communicate, Dr Pearson said. Farmers were used to selling their potatoes for farm-gate prices immediately after harvesting. Consumers mostly considered price rather than value when making purchases.

“We struggled with marketing sorted and graded potatoes at first because consumers saw this bag of potatoes was cheaper than that bag of potatoes so they would buy the cheaper bag and have to throw away 20 per cent of the product,” Dr Pearson said. “But the real cost of the bag was more than the one that cost 10 per cent more and was already sorted.”

According to Standard & Poor’s, low financial literacy is a barrier to financial and economic participation, and making informed decisions regarding saving, housing, education and budgeting. There are also strong links between financial literacy, private sector development, poverty alleviation and national security, it says. But just one in three adults can show an understanding of basic financial concepts worldwide. Financial literacy also differs across gender, education level, income and age. Standard & Poor’s says: “No matter how the data is spliced, women, the poor and the lower educated lag behind the rest.”

Find a report on Standard & Poor's analysis of the survey results here. 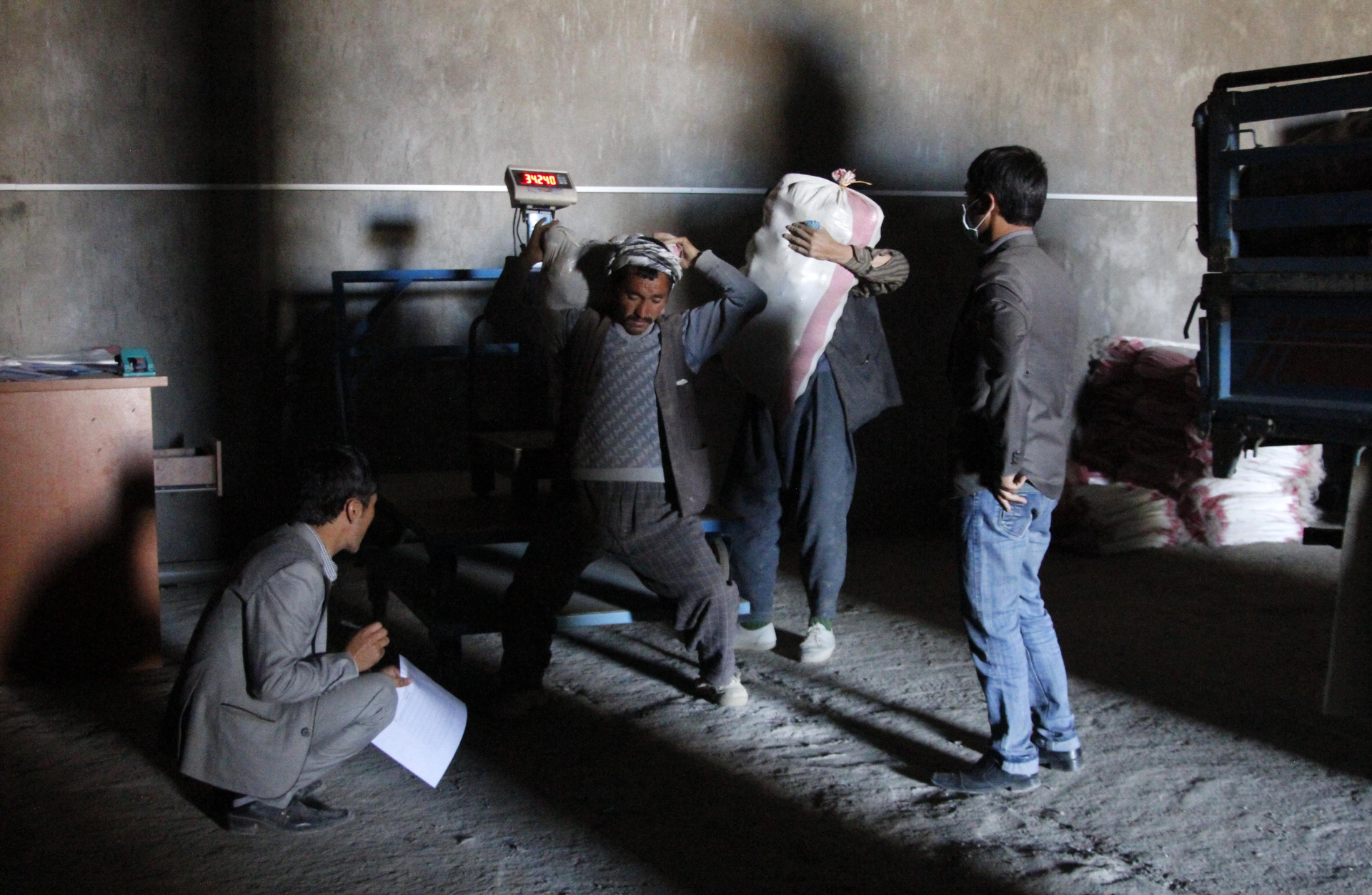 Farmers weigh potatoes in a packhouse built as part of the Agricultural Support Programme in Bamyan Province, Afghanistan.* Grading and sorting potatoes was a new concept for consumers and the financial value of this to the consumer was difficult to communicate at first.

UNDP Indonesia deputy country director Francine Pickup told the Jakarta Post the target of the country's Financial Inclusion National Strategy was to increase the percentage of adults with access to formal financial services from 36 percent in 2014 to 50 percent by the end of 2019.

The United Nations capital investment agency for the world’s 48 least-developed countries, UNCDF, says an estimated 2.5 billion working-age adults still lack access to formal financial services. “Research has shown that in countries with developed financial intermediaries, the income of the poorest quintile grows faster than average GDP per capita, income inequality falls more rapidly, infant mortality reductions are larger and child enrolment in primary schools increases. In this context, governments around the world and global bodies such as the G20 are now advocating for more attention to financial inclusion as a means to promote more inclusive and sustainable growth."

*The Bamyan Agricultural Support Programme is funded by the New Zealand Aid Programme and implemented by Prime Consulting International Ltd.