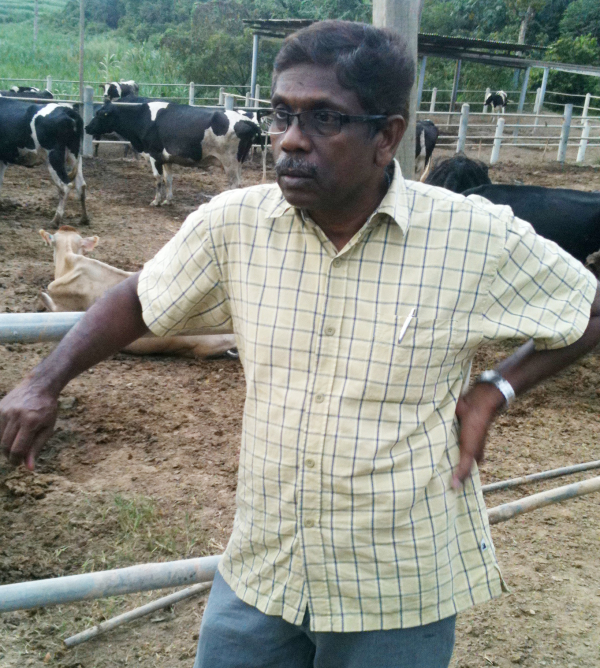 This article presents a thought-provoking case study on economic development in emerging economies.

For the past 30 years the Government of Malaysia has encouraged rapid industrial development, with the service, manufacturing, mining and plantation sectors now all making significant contributions to the economy. The country appears on track to achieve classification as a ‘developed’ nation by 2020. But has it come at a cost?

Rapid growth of the consumer market has occurred alongside rocketing domestic food prices. Agriculture has taken a back seat and food underproduction has become a serious problem, says G. Siva, a former government employee turned independent livestock consultant.* Motor vehicle fuel is now cheaper than milk and juice. “Malaysians have forgotten how to produce their own food.”

Malaysia remains a large producer and exporter of poultry, eggs and crop–related products, such as palm oil, but the livestock production industry has not kept pace with rapid growth in other sectors. While the country is well–endowed with land resources and is less densely populated than its regional neighbours, the agriculture sector faces labour shortages, high production costs and low productivity.

Smallholder farmers lack access to land, capital, skills and technology needed to both venture into livestock farming and increase production. As a result, Malaysia is facing ever–increasing beef and dairy product import costs. “If the country does not resolve the issue, there will be serious consequences with regards to food security,” Siva says. Rural dwellers’ livelihoods and employment are already at stake.

Malaysia has depended heavily on imports to meet its food requirements for several years, spending close to 10 per cent of its total food import bill on dairy products, Siva says. New Zealand is a major supplier. For the year ended December 2015, New Zealand exports of milk powder, butter and cheese to Malaysia totalled NZ$531m. Malaysia is also a net importer of beef, vegetables, fruit and rice.

According to Rozhan Abu Darda, of the Malaysian Agricultural Research and Development Institute (MARDI), the agriculture sector employed more than 1.6 million people – nearly 11 per cent of Malaysia’s total employed population – in 2013. But the sector’s contribution to the economy is declining rapidly.

Policy makers hope the National Agro-Food Policy (2011-2020) will help halt this decline. The policy is targeted to create more than 109,000 job opportunities by 2020, primarily in rural areas, and increase Malaysia's Gross National Income (GNI) from agriculture by US$9.1b to US$15.4b by 2020. But critics doubt this can be achieved based on current trends.

The agriculture industry lacks skilled people, production costs are high (the main ingredient in animal feed – corn – is imported from Thailand, Argentina and Brazil) and new farms are totally dependent on imported animals, due to Malaysia’s lack of suitable breed types for farming and breeding. “If I wanted to start a dairy farm tomorrow, I wouldn’t be able to find a manager to run it for me,” Siva says.

Another hurdle is a shortage of land for grazing due to competition with other industries and some farmers preferring less labour–intensive agricultural activities, such as cultivating palm oil. According to the Food and Fertilizer Technology Centre for the Asian and Pacific Region (FTCC), competition in land use for food production and bioenergy in Malaysia is expected to increase from 8 per cent in 2008 to 20 per cent in 2020.

The irony is that dairy farming appears to be a highly viable business proposition in Malaysia, with farm gate milk prices at NZ$1.11/litre, versus NZ$0.38/litre – the current price in New Zealand, combined with increasing per capita consumption.

“The Government of Malaysia says agriculture is the ‘third engine of growth’ but that engine does not seem to be starting,” Siva says. “It is imperative that the Government intervenes and assists the rural farming community to get more involved in agriculture and livestock farming.”

The key is to balance industrialisation with food security. Malaysia must find a balance – diversifying the economy and building cities, whilst looking after and sustaining the food supply chain.